Opening Conference Awareness-raising and Education for Equality and Respect

RISOTO and the Slovak Family Planning Association kick-started their projects with an online opening conference together, and plan on coordinating their activities.

Both organisations received support from the Norwegian Financial Mechanism 2014-2021 and the state budget of the SR.

We had the honor that the conference was opened by the Ambassador of the Kingdom of Norway to Slovakia, Terje Theodor Nervik. In his opening speech, he emphasized the importance of activities which promote awareness raising and education in the area of gender equality since there is still a very long way to go to the achievement of gender equality.

The aim of the RISOTO project is to raise awareness on gender equality through educational campaign and audio-visual lectures. Both, the campaign, and lectures will highlight the impact of negative prejudice and stereotypes about women and men in media, cinema, and advertising, on everyday public and private life of young people. Additionally, awareness on women’s representation in decision-making at all levels of society, equal pay, and division of responsibilities in the household will be raised.

The portrayal of men and women in the media influences our perception of reality. Even today, we often do not even know the name of a female character in a movie, we do not know where she works or what her character is like. The only thing we know about her remains that her looks correspond to the up-to-date standards of beauty.

“Women made up only 34 % of all talking characters in 2019 which remains highly problematic. The content of movies and TV shows is slowly beginning to change and elaborate on topics related to women. This trend is caused mainly by the rapidly evolving streaming platforms highly used by young people. However, this trend remains unreflected by most of the Slovak media,” explained Ľubica Rozborová, founder and director of RISOTO. “Moreover, the facts that sexism remains a huge part of a Slovak media culture contributes toward the silent tolerance of gender-based violence. Our project “United for Equality” aims to contribute towards better understanding of all the negative consequences of sexism in media for both, women and man, and hopes to ameliorate the current situation,” concluded Ľubica Rozborová. 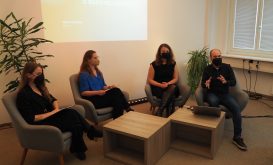 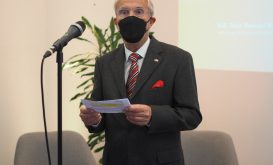 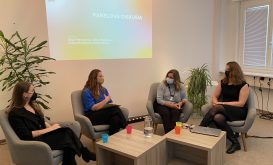